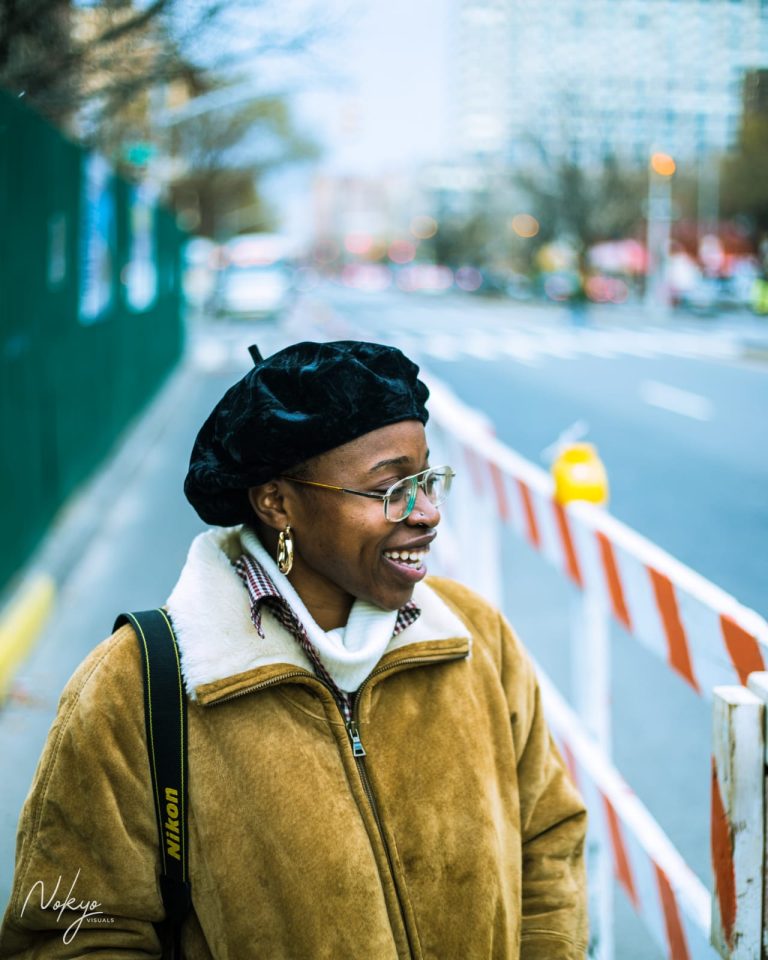 omó pastor is a storyteller who uses these artistic mediums to heal and empower through authentic stories. Eniola Adeniyi, or artistically known as omó pastor, is a Nigerian-American, published storyteller of the African Diaspora based in New York. She began her full-time career after graduating with her Bachelor’s in English from North Carolina A&T State University. Her creative lens focuses on the intersection of gender, sexuality, emotions, and history while being of African descent in contemporary society. Her aim is to merge past and present to create a fluid future where Black people can heal, breathe and BE. Her work has been published in the Aggie Register, Aggie Press, the Itawanba County Times, Taji Magazine, and The Bloom Journal. She has been featured in Womanly Magazine, Voyage ATL, Shoutout Atlanta, Rolling Out, Life, I Swear Podcast, Baltimore International Black Film Festival,  Sabira Cole Film Festival, Twin Cities Black Film Festival, San Antonio Black International Film Festival,  Arizona Underground Film Festival, Queen City Film Festival and more.

In 2018, she published her first book, Gaze, a collection of poetry, prose, and photographs. Through this book, she teamed up with other Black women writers to peel back and unpack the layers of Black masculinity. In 2020, her first short film, Privilege, was released and has received many accolades and has been featured in numerous film festivals across the globe: from America to Congo. The film explores the dynamics of the African Diaspora through both the Nigerian immigrant and African-American struggles. Also, her work has exhibited at the IrokArt Pop Up Show, My Art is Not Free Art Auction, JCAL Group Exhibition, Inclusion, and at the Free Things Fest Art Exhibition.

omó pastor has worked with Diggy Simmons, The Pivot Podcast, Nicole Behaire as well as international artists such as Adekunle Gold, Aramide, Pheelz, and many others. She is currently exploring the world and creatin’ art.

“Maybe, just maybe, we’ve all been people that we deep down did not feel was us. Or maybe, we’ve all been in places where our hearts and spirit left us. Perhaps, we’ve all been somewhere dark searching for some light, or insight, to guide us out of the darkness. The darkness that some people might have said was not where we were supposed to be at that moment in time thus forgetting each person’s journey is not the same. I am here to say embrace the darkness, figuratively and literally, because it is necessary for growth.  I am someone who has found joy in the darkness. Pitch Black looks beautiful to me because if there was no darkness there can be no light, so I embrace the dark places I find myself trapped in whether it be for seconds, or years. In the darkness, we heal thus bringing us to the light.