If you are looking for a correct Nigerian artiste that can mix Afrobeats and Trap music together, you are obligated to listen to Hameed. The man is dope. And he makes complete sense, asinnnnnn, gannn!

Hameed Idowu, hails from Lagos, Nigeria, and currently lives in Maryland, USA. I stumbled up  on him after hearing music him and Tobi, one of my guys in Mauta Bros, on a track by DJ 9/11 called “Mystique”. First of all, his voice, gan sef, stole my whole heart. This man literally has such a unique sound which led me to listening to the song about five times in a row after that. From then an obsession started to brew.

I had the opportunity to meet up with Hameed a few weeks ago to do a photoshoot, and it is safe to say we created some dope vibes together. He has such a humble spirit, and he is very easy to talk to as we spoke about his music and life, in general.

See, the beauty about Hameed is that his sound shows his difference between him and other Nigerian artistes that dabble into AfroTrap. He is aware of his platform, so he uses it to his advantage to spread a message over beats often associated with new-aged trap music. For example, “Preexistence” and “Letoyen” speak to his inner thoughts as an African man living in America. Despite the depth of his song, he has a sound that is mellow giving off a relaxed vibe no matter what.

Recently, he opened for Burna Boy during Burna Boy’s first USA show in New York in May. Congrats! Fans are saying that people were confused when Hameed popped out on stage, but once his performance ended everyone was screaming for him, as if they knew who he was all along. See talent!! 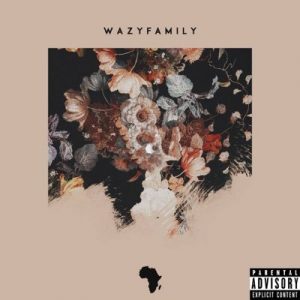 Hameed’s latest EP, Wazy Family, dropped earlier this year with four tracks that lasts only 16 minutes. Too blasted short for, in my opinion, but it is nothing, but heat, well I don’t like “Juggers” on the track because of the other artistes, but that’s beside the point.

On the EP,  “Control X” is a song to pay attention to because the chorus, once again, is a hit. It’s catchy, but powerful. Hameed says “they go try control us o jeje, they no fit hold us o jeje” repetitively which speaks to me as an artiste going through life dodging boxes created by society. It is so mellow and brings an essence that the other songs do not have. Oh, and shout outs to the producer, Lexi Sugar!

“Family”, off his EP, certainly talks to your heart and experiences as you get older and have dreams to work at to make sure your family is good. Hameed is felt on this track, and he does a good job in expressing the thoughts and feelings of a Black man growing up and feeling the pressure of making sure his family is good especially when you are still dealing with growing up and maneuvering through life. I love this guy because he has a way of saying a lot without saying much in verses, but it requires you to draw your own interpretation which is what art is supposed to do.

Thank you, Hameed for this.